Back to Latest News

7 Shocking Facts about the World’s Waste

As the sustainability expert Annie Leonard has said, “there is no such thing as ‘away’. When we throw anything away it must go somewhere.” This point is abundantly clear when you consider the research on waste, both within the UK and across the wider world.

Over ⅓ of the world’s food supply goes to waste

The United Nation’s Food and Agricultural Organisation have revealed that 1.3 billion tonnes of food is thrown away each year. This equates to more than ⅓ of the food produced for human consumption. If saved it would be enough to give the world’s undernourished people more than 10 meals each per day.

India contributes the most food waste

India contributes 67 million tonnes of food waste each year, according to a government study. This equates to 40% of the nation’s food supply, with the inefficiency of supply chains being a major factor. Much of the waste ends up in landfill, while huge numbers of Indian people go hungry.

There have been a number of campaigns launched with the aim of dissuading UK consumers from wasting food in recent years. They’ve clearly had a limited impact, with the Waste and Resources Action Programme (Wrap) revealing that over 9.5 million tonnes of food waste are thrown away over the course of a year in the UK. It’s estimated that 60% of such waste is produced by households, with the remaining 40% generated by businesses.

These countries also generate large amounts of food waste in comparison with their populations:

Potatoes are the most wasted food type in the UK

4.4 million potatoes are wasted each year in the UK, according to Wrap. That’s a total weight of 714,000 tonnes, with a contribution of 326,000 tCO2e to the world’s carbon footprint. Bread, milk, cheese, and apples are among the other commonly wasted foods.

An estimated 64 million people face the health and environmental risks of waste in different areas of the world. The amount of waste continues to grow, with an expected three-fold increase in the levels produced by the world’s cities from 2009 to 2025.

91% of the world’s plastic hasn’t been recycled

Of the 8.1 billion tonnes of plastic produced, 6.3 billion tonnes has gone to waste, according to National Geographic. What’s more, a whopping 79% of the world’s plastic waste is either lying in landfills or clogging up the natural environment as litter.

If current rates continue then there will be more plastic than fish in the world’s oceans by 2050 (by weight). However, there could be a 47% reduction in the amount of plastic flowing to the sea given the avoidance of unnecessary plastic use, composting, and substitution with alternative materials.

Get In Touch with Bioganix

With such alarming facts and statistics, it’s little wonder that waste management is coming under increased focus. Thankfully, it is possible to substantially reduce the amount of waste, using methods such as those adopted by Bioganix. Specialising in the processing of food and beverage waste, we are able to enhance the green credentials of businesses across Lincolnshire and the wider UK. 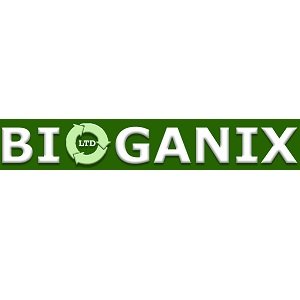 Bioganix Ltd@BioganixL
Total Tweets42
Followers19
Following39
Bioganix Ltd @Bioganix Ltd
As the #sustainability expert Annie Leonard has said: “there is no such thing as ‘away’. When we throw anything away it must go somewhere.” This point is abundantly clear when you consider the #research on #waste, both within the #UK and across the wider world.

Bioganix Ltd@BioganixL
Total Tweets42
Followers19
Following39
Bioganix Ltd @Bioganix Ltd
Unfortunately, you might be lacking the resources needed to de-package material for the #production of anaerobic feedstock, which can be fed directly into your plant. Check out our latest #blog and find out more about the vital role that we play in the supply of AD plants.